Sometimes occupants are treated unfairly by municipalities. But sometimes the municipality is in the right. In Mangaung, Bloemfontein, some residents owe significant monies to the municipality, causing it severe financial hardship, as this article from News 24 shows. 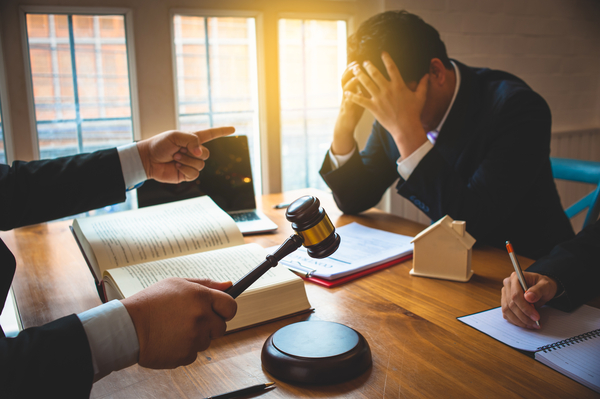 The cash-strapped Mangaung Metro Municipality is tracing historical debt dating back to the 1990s in its desperate financial recovery plan called Operation Patala, meaning pay up. The municipality is targeting residents in Bloemside, Bloemfontein.

The embattled city council claims most of the occupants have never paid up the land costs. The municipality’s move to recoup monies will compel residents to produce proof that sites were or are paid up to avoid evictions and legal action.

In a media statement issued on Friday (07/02), the municipality further threatens legal action against defaulters. Qondile Khedama, spokes­person, said the metro’s human settlement directorate would get tough against wilful defaulters in its desperate move to recoup huge monies to refill its empty coffers.

“Some residents have built houses and others have sold sites to third parties. The department will identify them and start collecting monies,” said Khedama.

“People who are occupying unpaid sites in Bloemside have always received communique from the municipality about their debt, but have failed to come forward.”

The term of reference for unpaid sites is during the transitional period regarding the late Jani Mohapi (1994-2001), former mayor. He preceded Itumeleng Papie Mokoena, presently the leader of the Agency for New Agenda.

Owing to an inability to render basic services and manage its finances, the municipality saw itself placed under administration. The Free State government appointed a team of five members to try rescue the Mangaung Metro from the doldrums.

While residents are blamed for the municipality’s financial crisis, the Free State government departments reportedly account for most debt.

The departments’ debt to the municipality has reportedly increased from R3.18 million to R1.399 billion – an increase of 339%.

In addition to the municipality’s bleak financial outlook, its own councillors collectively owed R506 400 by 30 June 2019, as is evident from the annual report tabled during a council meeting on 30 January.

Khedama said the first phase of the campaign to recoup monies began in November last year, resulting in 112 accounts handed over to attorneys and defaulting tenants served with letters of demand.

“The city’s attorneys will start with the eviction process and this will be dealt with on merit.

“Unemployed tenants will be required to present proof and a plan will be made to accommodate them at alternative settlement sites owned by the city.”

He said the city council focused on defaulting tenants who were renting at some of the city’s residential flats such as the Lourierpark Flats and other housing services.

There have been issues with non-paying tenants at Lourierpark Flats over the years. All necessary steps to inform tenants have been undertaken.

Khedama said the city would be targeting informal settlements where it is believed sites had been sold fraudulently to non-qualifying beneficiaries or non-South Africans.

“Wherein the non-qualifying occupants have built a permanent structure, we make them offers to pay for land costs. Failure to pay will lead to eviction,” said Khedama.

*Simon Dippenaar & Associates, Inc. is a firm of specialist eviction lawyers, based in Cape Town and now operating in Johannesburg and Durban, helping both landlords and tenants with the eviction process. Contact one of our attorneys on 086 099 5146 or info@sdlaw.co.za if you need advice on the eviction process or want to know the cost of eviction.

When and how you can evict a tenant